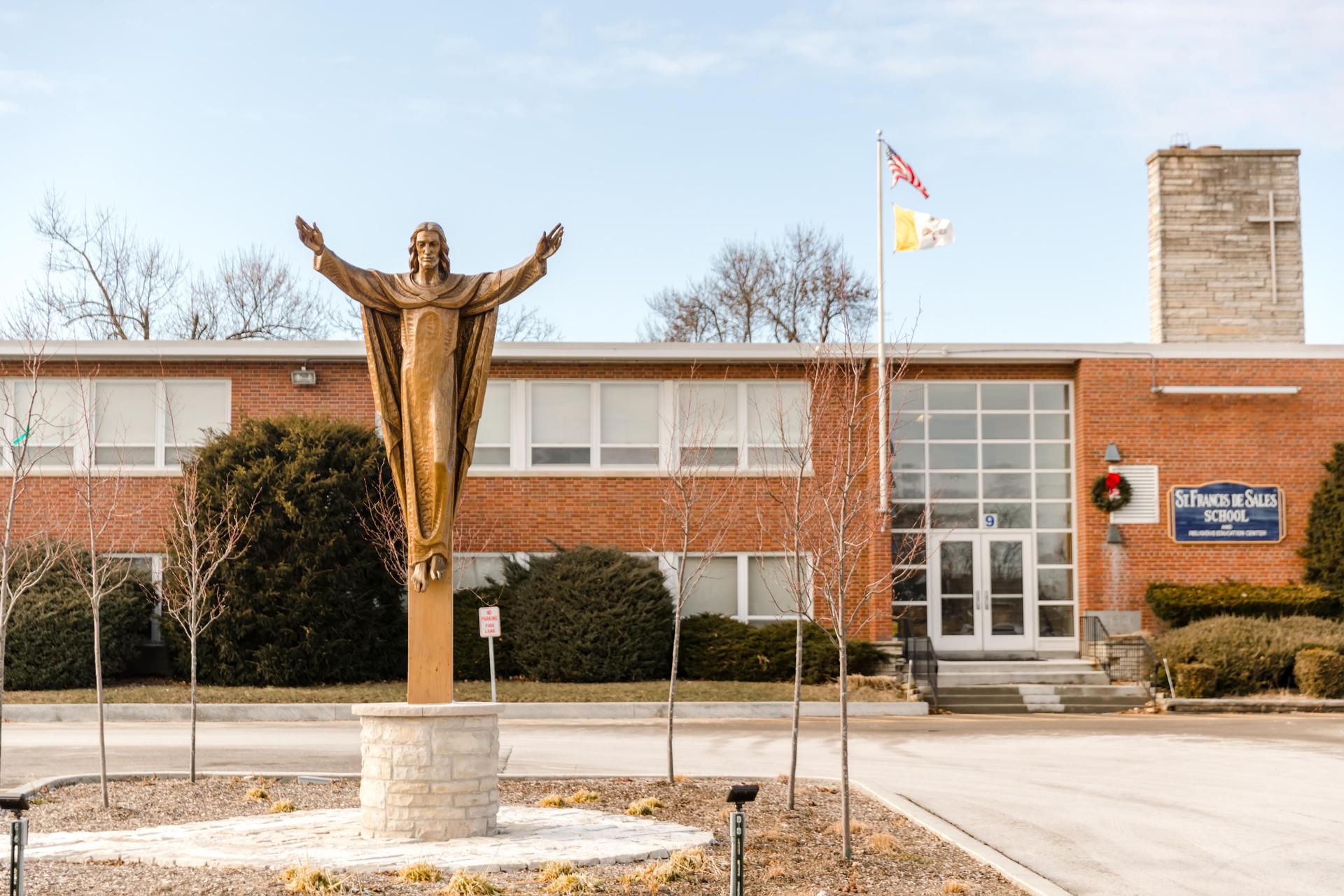 St. Francis de Sales Parish School (SFS) was founded by Rev. Joseph Firnbach in 1956. Evolving from what was once a small country elementary school to a modern, bustling campus, SFS continues to meet the challenges of providing quality academic programs and extracurricular programs to its population of more than 250 students. Now approaching its 65th year of serving the students of the northwest Lake County area, SFS constantly looks to innovate and refine as it builds on a tradition of academic excellence, faith-based community, and graduating leaders prepared for high school and beyond.

Over the years, St. Francis de Sales School has kept pace with the growth of its hometown community of Lake Zurich and neighboring towns. In 2004, the new science lab, computer center, library, music and art rooms, and gymnasium were added as part of a major expansion. In 2010, substantial technological advancements were made within the SFS campus, further enriching the educational experience for students. By 2015, most grades received individual iPads and Chromebooks. In 2020, the school will be upgrading its wireless network and computer lab.

In 2007, and again in 2018, the U.S. Department of Education recognized St. Francis de Sales School as a Blue Ribbon School of Excellence, a distinction earned by only the top 10% of schools across the country.

St. Francis de Sales School has continuously received accreditation from the Chicago Archdiocesan Office of Catholic Schools and the Illinois State Board of Education.